Home/Categories/Church History/History of the English Calvinistic Baptists 1771-1892 from John Gill to C. H. Spurgeon
5 of 11 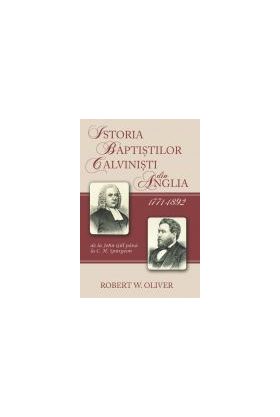 HISTORY OF THE ENGLISH CALVINISTIC BAPTISTS 1771-18992  from John Gill to C. H. Spurgeon

Published in English by The Banner of Truth 2006

The aim of this book is to trace the story of the English Calvinistic Baptists from the death of John Gill in 19771 to that of Charles Haddon Spurgeon in 1892. It deals not only with the well-known figures in the community's history - theological giants like John Gill, Andrew Fuller, William Gadsby, and Charles Spurgeon - but also with lesser-known lights - men like the hymn writer Benjamin Beddome, the eccentric John Collet Ryland, Abraham Booth, and John Stevens.