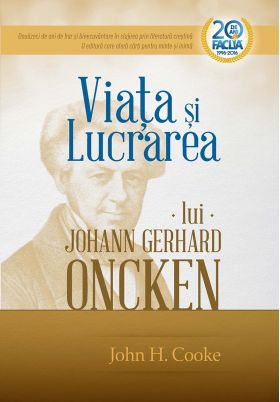 Johann Gerhard Oncken (1800-1884), the founder of the European Continental Baptist movement, had been influenced considerably by an American Baptist professor of theology, Barnabas Sears, who was attending a German theological school, and so developed the conviction of baptism by immersionas the correct form that should constitute a prerequisite for church membership. He and a group of sympathizers were baptized in the Elbe at Hamburg. He began his service with Pastor Rautenburg at Hamburg, where the first German Sunday school was started in 1825. These influences led Oncken to become the founder of the European Continental Baptist movement in 1834.

This is a book about his life an work in Hamburg and continental Europe.