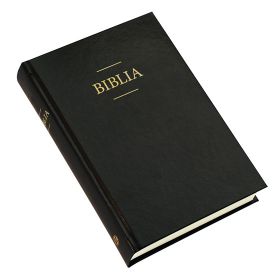 There has never been a time in the history of Christendom, as the one in which we presently live, when so many persons and organisations are engaged either in translating the Bible or revising it.

There is still a great demand to provide for Christians in the world printed Bibles. In the same time many express their desire to read translations or Bible revisions which are faithful to the original texts. The accuracy of the translated or revised texts from the original languages is important both for an enjoyable read as well as for a serious and responsible study of the Bible.

Historical outline of the Bible in Romania

Evangelical Christianity in Romania developed over a period of a century and a half in the context of Eastern Orthodoxy which moulded the whole life and belief of the nation. Although most scholars would say that Eastern Europe never experienced a Protestant Reformation, it is argued by non-Orthodox historians that beginning in the sixteenth century the movement initiated by Luther, Calvin and the rest of the Reformers had a limited, but important, impact on the people of Romania. This impact was mostly felt through the transmission of the Scriptures in the Romanian language.

The thing which defined most evangelicals in Romania most clearly right from the beginning was their zeal to see the Bible distributed in great numbers. The desire to put the Bible in people’s hands arose from the conviction that faith must be founded on and nourished by the Holy Scriptures of the Old and New Testament. The deep conviction of the evangelicals in this country is their view that every believer needed to read and to know well the entirety of Scripture.

Reading the Bible led many to the experience of conversion. The aim of the evangelicals in this country is to compare the Christian practice with the Christian life described in the New Testament and to be able to say that between the two there are not big differences.

This is the testimony of the Romanian Bible translator Cornilescu, who, in the 1920s began to produce a new version of the Bible in Romanian. Between the Cornilescu Bible of 1921 and the first translation of the entire Bible in 1688 there were a few other Bible translations: Blaj Bible (1795), containing the apocryphal writings, Buzau Bible (1854-1856), which is a revision of the Bucharest Bible and the Sibiu Bible (1856-1858) printed with large characters. Many other sections of the Bible were printed: Gospels, Psalms, NT or OT.

But the Holy Scripture printed at Iasi in 1874, known as the Nitulesc translation or Iasi Bible, came to be the most widespread Romanian Bible until 1923. It did not contain the apocryphal writings, it had the text on two columns with the references at the bottom of the page, a Latin-based terminology and the order of words in sentences much closer to the formal equivalence principle of translation. However, in only fifty years the language and its orthography became too old to be used even by the standards of 1923.

Once it was established that the Iasi Bible has lost its expressivity in the Romanian language, Princess Calimachi employed Dumitru Cornilescu, a young Romanian theologian who had just finished his studies at the Faculty of Orthodox Theology in Bucharest, to produce a new translation in an up-to-date Romanian language. He completed his work in 1921. It was printed by the British and Foreign Bible Society and began to be used by all evangelicals in Romania.

Since Cornilescu was greatly influenced by the Orthodox Church, his translation was full of Slavonic terms derived from the Greek Orthodox Church tradition. It also contained many readings based on the Critical Greek Text.

Trinitarian Bible Society, headquartered in London, considered to be necessary to produce a new translation and revision of the biblical text, based on the Greek text Textus Receptus and the Hebrew Masoretic Text. During this process Iași Bible and Cornilescu Version were closely consulted.

Aims and methods of translation and revision

The primary aim of this new translation has been to bring the text even closer to the original Greek and Hebrew texts. In 2005, The Institute of Linguistic „Iorgu Iordan – Al Rosetti” of the Romanian Academy in Bucharest published the second edition of Dicționarul ortografic, ortoepic și morphologic al limbii române (DOOM 2) which introduced some important changes to the Romanian language. The work on this Bible took into consideration all these changes to the language and were implemented in this new translation of the TBS Romanian Bible.

The general objectives the editorial teams aimed to achieve were these:

The language employed in the TBS translation is not too far from the traditional wording known and used by Evangelicals, but still distinct. It would be a mixture of Iasi, Cornilescu and New, though more than 50% different from Cornilescu.

Thus we are convinced that the version which we present to you today is a translation which follows the formal equivalence of translation and which has that linguistic expressivity that gives the reader the pleasure and easiness to read the Bible in a modern, easy flowing and fresh language. In the same time, it is a Bible which will ease considerably the study of the Holy Scripture, the exegesis on the text and its interpretation, because it is desired to be an accurate translation of the original texts.

Teams involved in the work of translation and revision

The editorial team was made up of three teams:

1) The editorial team in Romania.

Dr. Dinu Moga with his team at Faclia Publishing House was responsible for the translation, revision and the coordination of the whole project. He has also centralised and processed the results of the work of the teams from London and Australia. The key purpose of this team has been the following:

This team had the responsibility of the translation and revision work and have the final say in matters relating to the Romanian language, including which words should be italicised in the Biblical text and which Slavonic-origin words should be retained or not.

2) The review team in Australia.

Rev. Ilie Martinovici and Dr. Greg Fox formed the review team based in Australia. Their primary purpose was to check the conformance of our translation and revision to Scrivener’s Greek Text and to ensure that any critical text readings are removed Their efforts have been primarily focused on ensuring that the third revision conforms as closely as possible to the Greek Textus Receptus and the Hebrew Masoretic Text.

The academic aspects of the revision work are headed by Dr. Larry Brigden. Dr. Brigden is the final arbiter in all the technical aspects of a translation project with respect to its conformance to the Original Languages and any unresolved queries relating thereto.

3) TBS editorial department in London had the oversight of the Romanian revision project. They establish the process and bear responsibility for facilitating the smooth running of the project. They have a major input in resolving the theological and textual problems which are brought into discussion by the teams from Romania and Australia. They also carry out extensive checks throughout the project to make sure the work conforms to the Society’s standards.

We are thankful to God for having had the grace of freedom to be part of this work. We pray that the effort we all made to be for God’ s glory and the salvation of many.